The Koehoal Salt Marsh Development with a Mud Motor looks at the potential for furthering the development of salt marshes in the Wadden Sea by making optimal use of the sediment transportation capacity of ambient flows.

Final results are now available. The Final Report as well as earlier Preliminary findings can be downloaded below. Dredged fine sediments are currently considered unsuitable for re-use. However, sediments, including fine sediments, are a valuable resource, and even more so given sea level rise and sediment starvation due to activities such as reservoir construction and other river engineering works. Authorities worldwide are therefore on the alert for initiatives involving the beneficial use of dredged material. The Mud Motor is an innovative method for beneficial use of dredged sediment in which salt-marsh development is furthered by natural processes, making it a genuine Building with Nature approach. The potential economic and ecological benefits are that the introduction of a Mud Motor will reduce the necessity for dredging, while at the same time creating and extending salt marshes that are valuable from the point of view of both ecology and coastal protection.

Beneficial use of dredged sediment to enhance salt marsh development by applying a u2018Mud Motoru2019: evaluation based on monitoring

The Building with Nature study Ports of the Wadden Sea suggested an innovative approach to sediment management: deposit the dredged sediment further north of Harlingen and let natural processes spread the sediment to nearby salt marshes. An underlying hypothesis in the Mud Motor concept is that, when the mud dredged from, for example, a nearby channel or port is picked up by a tidal current, that current will achieve its maximum transport capacity. Higher mud concentrations in the currents that feed a salt marsh will probably accelerate marsh-development processes, while maintaining the desired gradients that are associated with natural salt-marsh development.

The approach of increasing the sediment supply to further the development of salt marshes is an alternative to the traditional approach of slowing down tidal flows with semi-permeable barriers to stimulate sedimentation. Over a period of two winters (2016 and 2017), part of the sediment dredged from the Port of Harlingen (470,000 m³ in total) was deposited upstream from the Koehoal salt marsh. It is expected that this mud will be transported by the tidal currents to the study site. Expectations were that level of the marsh would rise 1-2 cm per year.

The formulae for combined wave-current shear stress and mud re-suspension will be analysed in order to identify and predict the fate of the deposited mud in the context of the biological effects involved in initial salt-marsh development. The transport of fines in various tidal conditions and horizontal salinity gradients at transects near the Mud Motor will therefore also be investigated. The natural boundary conditions for salt-marsh vegetation and macrozoobenthos relating to sedimentation events are being investigated to support the design of a Mud Motor. Both the intertidal area (where the sediment will be temporarily stored) and the salt marsh receive the right amount of sediment to optimise functioning. This will make it possible to quantify the total benefit of a Mud Motor for ecosystem services. Alongside this pilot project the STW research project ‘Sediment for salt marshes: physical and ecological aspects of a Mud Motor’ will further investigate processes relating to the use of a Mud Motor. The aim is to develop the fundamental knowledge needed to understand and quantify the physical and ecological aspects of large-scale mud nourishment operations of this kind for further upscaling and exporting. 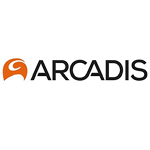 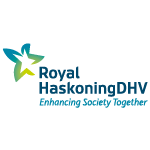 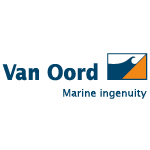 Van Oord
Stay up to date, subscribe to our newsletter