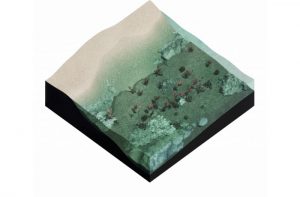 Bare substratum availability: Corals require bare hard substratum to establish. Substratum limitation reduces settlement, and subsequent growth. The substratum needs to be bare, which means that it must not be covered with macroalgae or sediment.